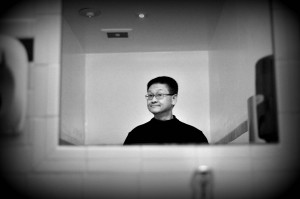 Richard S. Chow is an award winning photographer, who focuses on images of documentary, fine art, as well as alternative photography and photo objects. He exhibits extensively in solo & juried shows across the US. His body of work is internationally published and featured in private and public collections, and is part of the permanent collection for the American Hotel in Los Angeles. In 2019, Richard was selected by Peerspace as 1 of the 7 Best Fine Art photographers in Los Angeles. In 2021, he was named as one of the #hot100of2021 by curators from Your Daily Photograph, out of 4500 artists worldwide.

His interest in photography began during his formative years in Hong Kong, then a British colony on the coast of South China Sea. Fast forward to over a decade ago, it evolved into a focus on fine art portfolios of aesthetic, documentary and conceptual images.

He is the curator and co-producer for Open Show Los Angeles whose mission is to enable dialog between visual artists, collectors & industry enthusiasts. Additionally, he is serving as review panelist for the State of California Art Council (CAC) in Sacramento, in 2021 he evaluated artist portfolios for grants up to US$10k each.  He has led photography workshops, moderated panel discussions, reviewed photo books and curated exhibitions as part of MOPLA Month of Photography LA and Artshare LA.  Richard is the author of two self-published photography books, Distant Memories, and Urbanscape. His work has been featured in the monograph LACMA Jazz 25th Anniversary published by the Los Angeles County Museum of Arts.

A few years back, when Richard was not as busy creating art work and exhibiting, he offered his left- brained talents to serve as Vice-chair, then Board Chairman for the nonprofit Create Now, whose mission is to help youth finds their voices through arts mentoring and education. He is a graduate of California State University and resides in a Los Angeles suburb with his wife and son. At times one can find him pretending to be a chef, but really he just likes to eat (and drink wine).

His portfolios can be viewed at www.richardschow.com

Richard Chow’s “Distant Memories”, is a lovely black and white series that takes us from the village to the sea. Capturing elegiac images of a childhood he could’ve experienced on Southern California beaches, but as an immigrant, did not; he’s collected a beautiful series of images into wall installations. Viewed at a remove through pier telescopes and long lenses, Chow lets us view just glimpses of wonder, a personal window into community, family, and love. Subjects from the Manhattan Beach Pier to body-boarders in the surf framed by the shade of a beach umbrella cumulatively shape and recreate an ephemeral time and place that never quite was, but always will be.” - Genie Davis 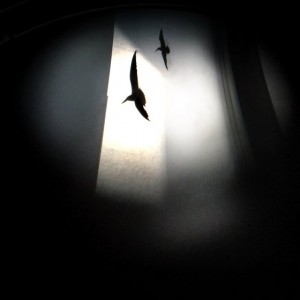