A tremendous thank-you to Mr. Joseph Hazani for this artful and insightful review on my Solo Exhibit at the 417 Gallery at Metro 417 in Downtown Los Angeles. This gives me encouragement to continue with my work and to explore new territories.

Actual review can be found here. I’d recommend you to follow Joseph as he reviews all forms of art including performances. He is also an acclaimed author and please check out his work at http://adilettante.com

The beautiful thing about Richard Chow’s photographic art is that it makes such a perennial, concerted effort, to reveal to us the beauty that’s missing in our lives. He could be one of those exciting photographers which act as a continuum with the Classics in rendering a reality that is stunningly gorgeous, to unleash his imagination of what reality can possibly be, impregnating the human imagination thereby expanding the realm of possibility. But Mr. Chow performs a much more serious and challenging task: finding the beauty in the life we are given.

He continues with this raison d’etre in his URBANSCAPE artwork. Not satisfied with the ornamentation of color in architecture as he was before, he challenges himself further in reducing the perfunctory, the quotidian, the downright ignored around us, to reveal majestic geometries that could not otherwise be perceived unless we took the painstaking time to search for them. Mr. Chow does this charitable work for us, foraging around the city of Los Angeles, turning over architectural stones to reveal hidden gems abound.

And by gems, we mean objects of beauty we could not possibly apprehend unless it was filtered and titrated by the laboratory scientist that is Mr. Chow. His distillation takes ho-hum federal buildings and turns them into points of intrigue. Imagine that: the most blasé, bromidic, and brutish architecture can be not simply re-imagined but reborn to gives us an awe of wonder and henceforth gratitude for there being such beauty in even the most frankly ugly representations of bureaucratic girth. This successful artisanal effort must be praised.

And it’s actually paradoxical, then, that Mr. Chow is at his weakest when he captures the most architecturally inspiring work of Frank Gehry’s Disney Concert Hall. It isn’t that his work and its magisterial demonstration of contour, concentrated in such an exceptional minimalist format, is not provocative. But the fact that Mr. Gehry’s genius is so domineering makes it impassably consistent with Mr. Chow’s vision; we immediately know what building this is, because that is just how resplendent the Concert Hall is, thereby distracting us from concentrating on its aesthetic reduction. Beauty cannot be distilled because it is already there in its elemental form.

Speaking of contour, and of lines and of geometries, this is the technical epicenter of Mr. Chow’s work. We can hand-wave about the beauty that is shown, but full articulation is necessary. And it is that these photographs are beautiful because they give a sufficiency, a completeness and uniformity, to the man-made forms. It is all too easy for us to conduct a sense of awe when we look at the effortless beauty found in nature. When we look to our own man-made creations, there is an expectation that the effort cannot match the designs of natural phenomena.

The human being is too imperfect a creature to match it. Thus, to perceive such raw rationality in form, such overt intelligibility in the design due to the active hand of the use of reason in materializing a creation, is wondrous. These harmonies in lines and shapes with their modest completeness are inconceivable to be found as children born by Mother Earth. She enjoys almost scattered splashes of order which incidentally appear to us as magnificent. In a sense, then, Mr. Chow is capturing for us a plan of action that went accordingly! A marvel indeed for humanity! And above all else, a sense of appreciation of what mankind can potentially create. To commend mankind’s ability to create is just as fundamental to this terrific series. For it is indeed vital to be reminded how precious a gift it is. 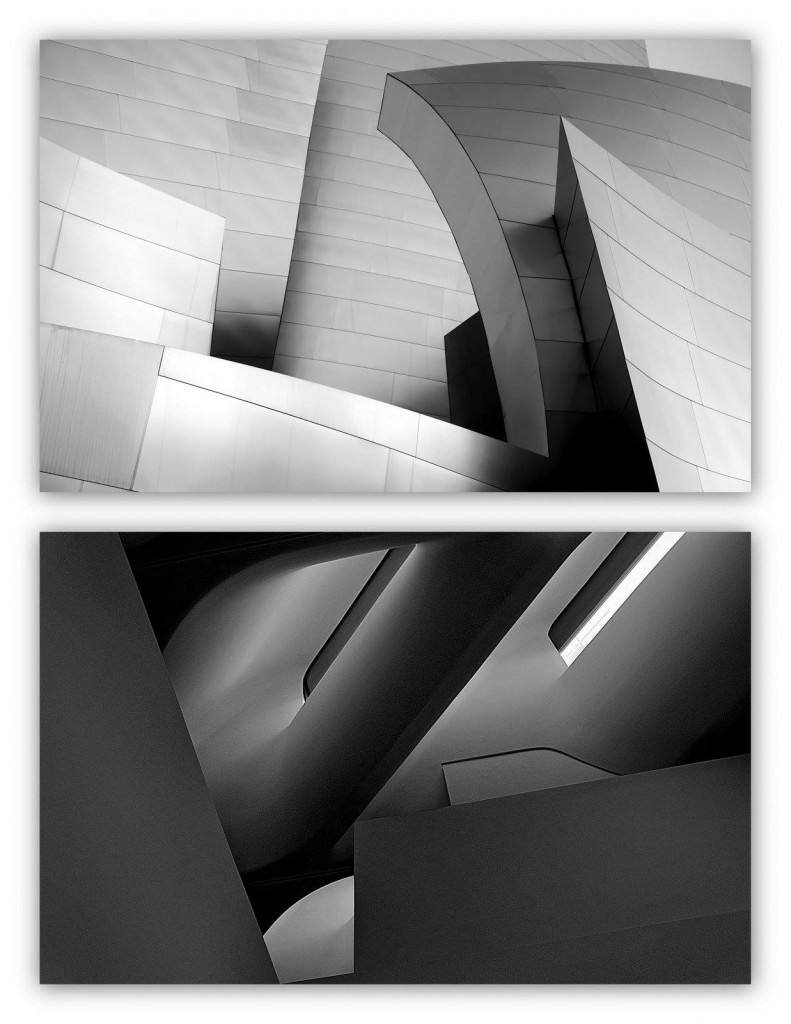 I feel honored and blessed to have the solo show at Gallery 417, sponsored by Metro 417, a boutique residence in a historical building in DTLA.

Attached here is the flyer produced by Gallery 417, these are posted in each elevator in the building – so cool. The opening reception was on May 11, thank you to each one of you who came by on opening night, and also came by later during the month long exhibit. You rock and thanks! 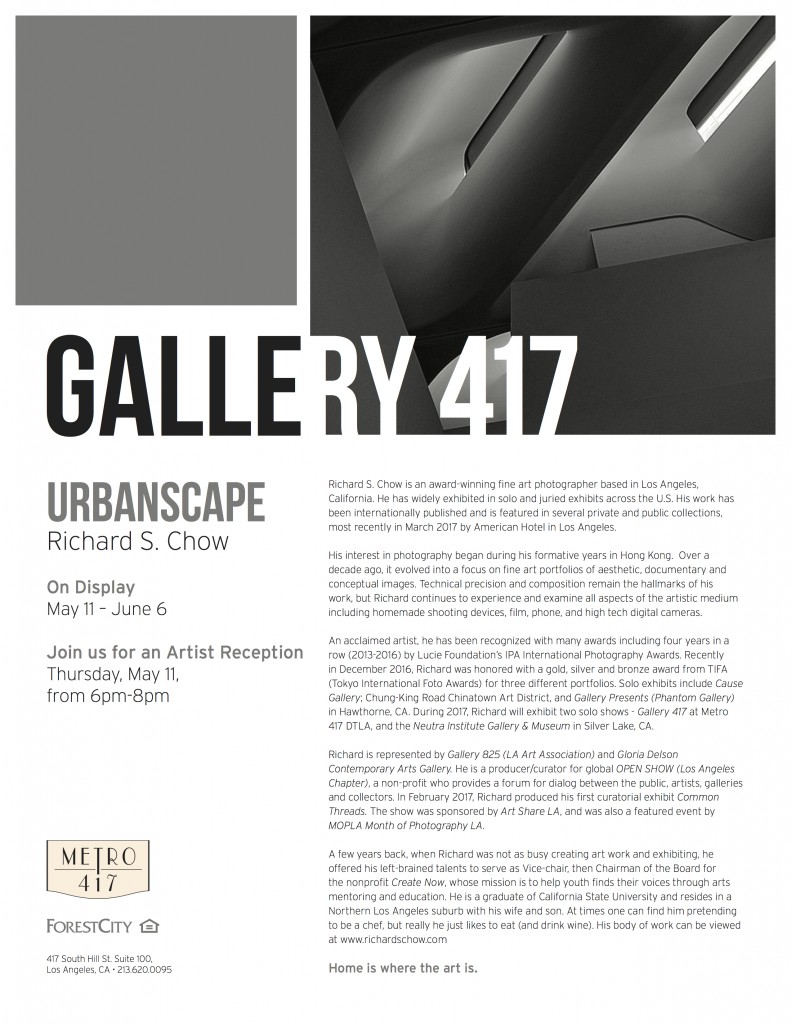